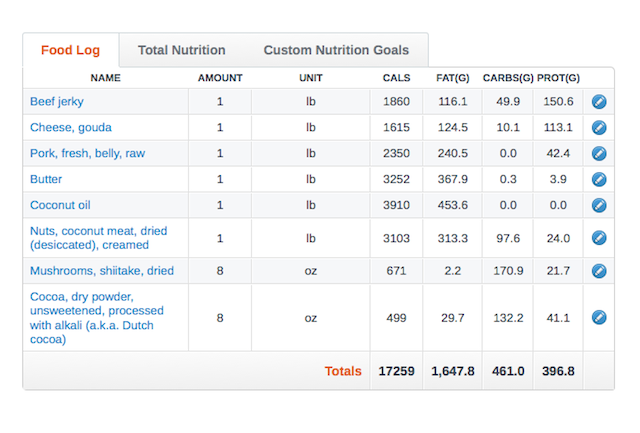 "By realizing that there is no need to eat for six weeks, panic may be more easily held in check. Fasting can act as the stop gap measure until you have had the time and opportunity to become competent in living off the land. You can learn fasting techniques in less time than you can learn to use one edible plant. In some instances you may have no choice but to fast. Unless you are reasonably expert and well practiced in hunting and trapping, and game is plentiful, or you happen to have a firearm, you may mismanage your energy budget. You could spend more energy catching and eating the animal than you would have saved by resting."

"In a true fasting state, within two to six days your energy reserves become available to be used at a more normal rate of expenditure. You may not feel like it, but you can now exert yourself to the point of expending four to five thousand calories per day. On a diet that is less than your basic metabolic rate you may collapse from exhaustion. If you are going to walk out, you will do better in a fasting state. In an experiment in Sweden ten people walked 320 miles in ten days ingesting only the spring water found enroute. On being examined by doctors after the walk, all were in a perfect state of health."

"You generally heal more quickly in a fasting state and overcome any illness more readily. The ketosis in fasting usually brings on an euphoria, making the discomforts of survival more tolerable and any depression less acute."

"To fast, simply eat nothing and drink far more water than you normally would. The water should be brought to a boil and drunk as hot as possible."

As Mors Kockanski states, "The ketosis in fasting usually brings on an euphoria, making the discomforts of survival more tolerable and any depression less acute." He states that if you are in a survival situation you are better off fasting than eating too many carbohydrates, because if you eat too many carbohydrates you will not be able to access your body's fat stores. He thinks that over 150gm carbohydrates a day is too high.

In a survival situation, fasting is a viable option. There is a way to continue eating and stay in ketosis by consuming a high fat, just enough protein, and a low carbohydrate diet. This will mean changing the type of rations carried in a typical survival kit. Ketogenic rations have the added benefit of the rations being low in weight and volume and not needing water for re-hydration. The ketogenic rations can be extended by doing every-other-day fasting or by fishing, hunting and gathering. The ketogenic rations will also ease the body's transition into a true fasting state, if necessary.

The ketogenic rations (80% fat, 10% protein and 10% carbohydrate) weigh seven pounds and topped out at a total of 17,259 calories. This would last a theoretical male for 6.6 days at 2600 calories a day.* The rations would last a theoretical female at 2210 calories a day for 7.8 days.* In a survival situation, implementing every-other-day fasting would make the rations last the theoretical male for 10.8 days and the theoretical female for 12.3 days.** Ketogenic rations will help the body make the transition to a fasting state with less discomfort. These rations will help your body access your fat stores and makes starvation easier, while maintaining clear mental function.

How to use the Ketogenic Rations 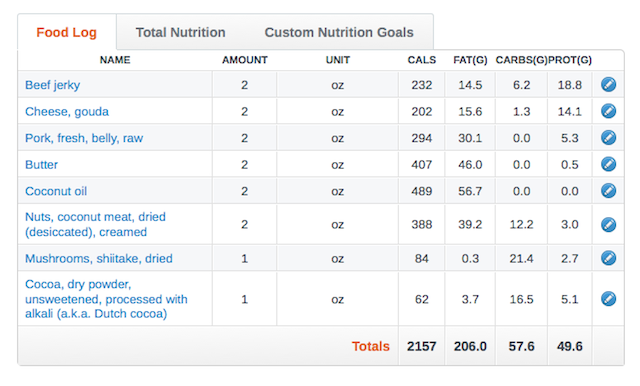 The ketogenic rations are easy to break up into 8 days of 2157 calories. The rations weigh 14 ounces for 2157 calories per day. 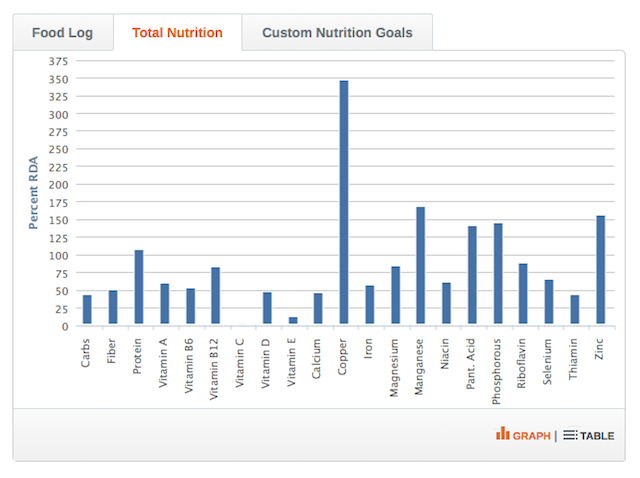 The ketogenic rations are naturally high in copper and very low in vitamin C and E. It would be good to gather some greens for vitamin C and E. For the knowledgeable, fishing and hunting would add many extra days to these rations. 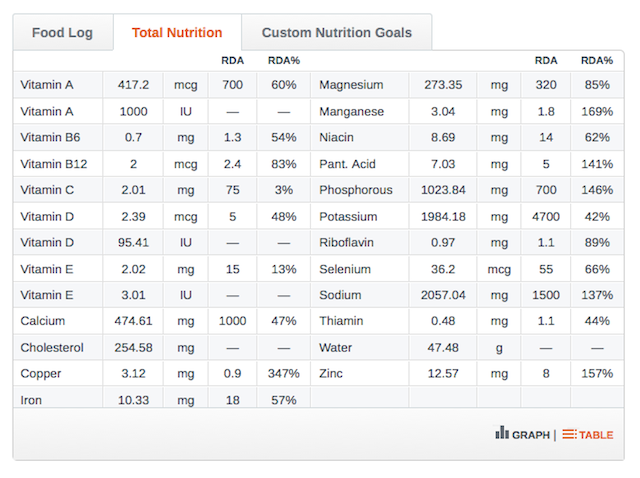 These ketogenic rations aren't nutritionally balanced but in a survival situation nutrition isn't the first priority. These rations will ease the body's transition into a true fasting state. If nutrition is a concern a small amount of dried superfoods would help rectify these imbalances: liver powder, nutritional yeast, acerola powder, dolomite, green clay, diatomaceous earth, etc.